Nassim Taleb leads off his new book with the perfect sentence to demonstrate his concept of antifragility:

Antifragility is the word Taleb coined to describe resilient, adaptive and complex dynamic systems like the economy and our bodies.

Such systems adapt and get stronger from stressors — to a degree.

Attempts to remove stressors from such systems makes those systems more fragile, which  causes them to break with the slightest stress — the flame on a candle. Too big to fail.

When we expose our bodies to stress — like the pounding our body takes from sprinting — our bodies adapt by building our muscles and bones stronger. The result is a body less prone to injury. Laze on the couch, and you lose muscle and bone mass and break with modest stress.

When I read Taleb’s sentence I immediately thought about the innovation efforts at companies and in the economy. Innovation efforts are often made fragile because managers or politicians want to control it from the top, only supporting the ideas they deem fit — e.g. clean energy.

This unnecessarily limits innovation trials to a small group of experiments, each with a very low chance of success (all experiments have a low chance of success). Such innovation efforts are like a lit candle that managers hope will ignite a larger fire, but the wind of chance and non-adaptability blows the candle out before it can adapt and spread. Then the flame has to be continually relit.

Some companies and some areas of the economy get this right. Those innovation efforts resemble a fire — many small flames together that adapt and rage when a wind blows on it. Lots of things are tried. Innovation here is bottoms-up. It’s at the front-line of the company and the entrepreneur level of the economy and there’s a lot of it. The things that suit customers win out. When a wind blows on the fire, it spreads instead of extinguishes.

This is from the February 23, Harvard Business Review Ideacast with Mihir Desai. The topic was CEO pay and this part of the discussion was about whether capitalism was failing (emphasis mine).

I think this well-said. Many people often mistake distorted capitalism for capitalism.

But, the question is how can this happen in capitalism? As I like to say, the problem usually lies in the feedbacks. Desai contends that stock-performance based compensation for investment managers creates several distortions in incentives, yet the “you get paid when I get paid” logic is so alluring that it has become the generally accepted way to pay investment managers.

The next question is why hasn’t capitalism sorted out this problem? My answer is that few people know it exists.

So, here is one example where having no skin in the game has caused our financial markets to become more fragile.

As some of you may know, I watch the occasional Ellen show.

Recently, Justin Bieber was on. If you don’t know who he is, ask any girl under 22 about him.

He has sold lots of “albums” (or is it downloads?), concert tickets and I think he is also finding talent and signing them to his own record label.

Ellen asked him about his education, since he’s only 18.

He said something like, Well, I study when I’m tour and doing all my work to learn the stuff I need to know.

Ellen asked, What do you mean?

He said, Well, I don’t need to know stuff like what is x + Q-squared. Who does? I’m learning things that are important to what I’m doing to make money, like how to negotiate contracts and have business meetings and such.

Ellen said, Yeah, You know, I’ve been around for a while and I can honestly say that I have never used x + Q-squared either.

You could claim this was a small sample size of two folks who have had good success in show biz and not everybody is like that.

But, I’ve worked in engineering and finance — two fields that do require a good working knowledge of math. I don’t think I’ve used x + Q-squared either or most of the math beyond high school algebra.

I think Justin and Ellen are on to something. Maybe kids should be in the classroom less. Maybe they need fewer extracurricular activities. Maybe kids beyond elementary or middle school should get a job, learn a trade, start a band, or start businesses and use school to learn more about how to be productive at those activities.

As I frequently write on this blog, college education isn’t what it use to be because of the heavy government subsidies. Just a few days ago I wrote:

Robert Samuelson agrees in the Washington Post. He wrote:

The college-for-all crusade has outlived its usefulness. Time to ditch it.

The real concern is the quality of graduates at all levels. The fixation on college-going, justified in the early postwar decades, stigmatizes those who don’t go to college and minimizes their needs for more vocational skills. It cheapens the value of a college degree and spawns the delusion that only the degree — not the skills and knowledge behind it — matters. We need to rethink.

Thanks to Mark Perry of Carpe Diem for the link.

I agree with Randall Holcombe on the JP Morgan loss (HT: Don Boudreaux of Cafe Hayek). He had me at:

The correct argument, which Krugman acknowledges, is that the loss was entirely borne by JPM and their shareholders. They took the risk; they took the loss. That’s how markets are supposed to work.

…to add that unless people take risks, economic progress will come to a halt. So the fact that people are willing to take risks is good for the economy, and the fact that in this case the bad outcome for the risk takers involved only their loss sends a signal to others to weigh carefully the risk against the return. The bottom line is that risk-taking is beneficial to the economy, and the incentives are correct in cases like this when losses are borne entirely by those who took on the risk.

As Milton Friedman said, capitalism is a system of profit and loss. Profits encourage risk-taking (and that’s risk-taking to find things that improve our lives, by the way). Losses encourage prudence.

A private company losing money because of a boneheaded decision that is entirely borne by the shareholders of that company should not be an example for more regulation. That is foolish because it will only lead to less prudence. 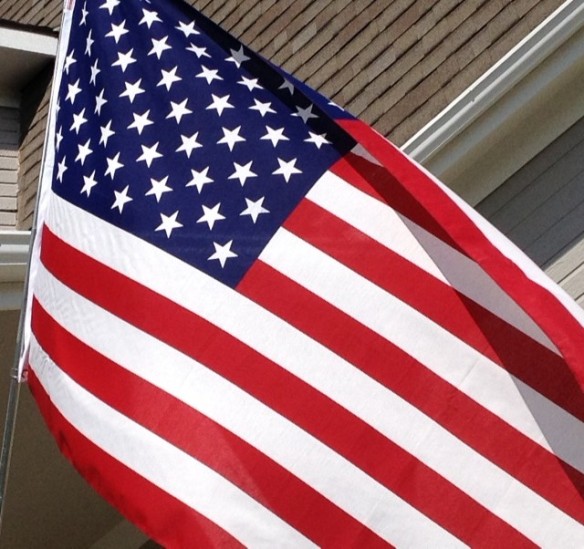 Yeesh! Sometimes the simplest ideas are the best.

FitDeck is a unique deck of 56 playing cards containing illustrations and instructions describing over 50 different exercises, stretches, and movements.

This idea emerged from an accident. Here’s more about that from a Shine on Yahoo! article:

It [FitDeck] is the brainchild of Phil Black, who got the idea when a card game in college turned into a push-up contest.

Based on the Shine on Yahoo! article, the FitDeck seems to be selling well. I’m a big believer in ‘boot camp’ style exercises. You can get a full body workout in a short time and they help strengthen muscles that reduce injury and aches and pains.

The biggest problem with a boot camp routine is deciding which exercises to do. If you are deciding that for yourself it’s easy to get distracted and lose focus and you end up not getting as good a workout.

That’s why classes and DVD’s are popular, because the instructor keeps you on a set, goal-oriented path. The FitDeck is another way to solve that problem.

Another product featured in the Shine article is the Knork (fork/knife combination). It’s not really a knife (wouldn’t want to slice the inside of your cheek). It’s just a fork with a beveled edge, rather than a sharp edge, to make it easier to cut through food.

I believe my brother had this same idea years ago, which is proof to the phrase that the difference between a good idea and a good business is hard work.

This Mark Perry Carpe Diem post supports my claim that the meaning of having a college degree has changed from sorting out the self-starters to rubber-stamping the rule followers.

Perry’s subtitle says it all, Letter Grade of A Now Most Common College Grade.

Of course, an alternative explanation is that students are just so much smarter nowadays.

2. Nassim Taleb, author of the Black Swan and Fooled by Randomness, released the prologue of his new book on Anti-Fragility online. In it, he expounds on Friedman’s point:

Which brings us to the largest fragilizer of society, and greatest generator of crises, absence of “skin in the game.” Some become antifragile at expense to others by getting the upside (or gains) from volatility, variations and disorder and exposing others to the downside risks of losses or harm from them.

In the housing crisis, losses were spread to other parties — investors in mortgages and ultimately to taxpayers — while the upside was retained by the bankers. This caused the bankers to exercise less prudence. How many lottery tickets would you buy if someone else was paying? Likely many more than you would buy on your own.

Then Taleb makes an even more important point:

And such antifragility-at-the-cost-of-fragility-of-others is hidden — given the blindness to antifragility by the Soviet-Harvard intellectual circles, this asymmetry is rarely identified and never taught.

Very few people see this. They even blame the problems on capitalism, never realizing that  spreading losses across taxpayers is not capitalism.

3. A blog post from the Wall Street Journal: Half of U.S. Lives in Household Getting [Federal Government] Benefits.  And, we’re not talking about benefits like driving on Federally-funded roads or sending a child to a public school that receives some Federal funds. No. We’re talking about getting a direct benefit from the government.

I’m guessing that Friedman and Taleb would suggest that this doesn’t end well.

Ultimately, this leads to folks taking risks they wouldn’t take if they had to pay the loss. This is dangerous itself. But, it also leads to something else that is even more dangerous. The loss of resilience, hardiness, grit and adaptability.

If you build your business around being the lowest-cost provider, that’s all you’ve got. Everything you do has to be a race in that direction, because if you veer toward anything else (service, workforce, impact, design, etc.) then a competitor with a more single-minded focus will sell your commodity cheaper than you.

Cheapest price is the refuge for the marketer with no ideas left or no guts to implement the ideas she has.

Everyone needs to sell at a fair price. But unless you’ve found a commodity that must remain a commodity, a fair price is not always the lowest price. Not when you understand that price is just one of the many tools available.

A short version of this riff: The low-price leader really doesn’t need someone with your skills.

That’s Seth Godin and that’s from his blog.